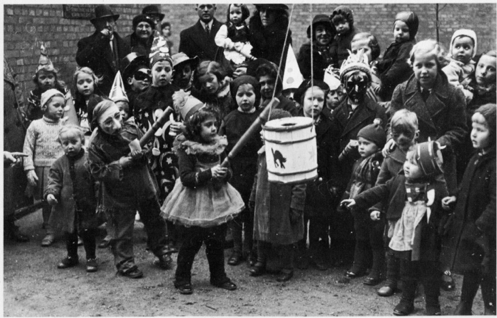 Fastelavn is a sweet, child-centric holiday celebrated on the Sunday or Monday before Ash Wednesday. It is the Carnival of Northern European, and historically Lutheran. The term Fastelavn comes from Old Danish fastelaghen, which was borrowed from an old German phrase “vastel-avent”, meaning “fast-evening”, or the day before the Lent.

The main tradition of the holiday includes “slå katten af tønden” which means “hit the cat out of the barrel”. This tradition consisted of placing a black cat in a barrel and beating the barrel until it broke apart, releasing the traumatized cat. It is believed that this tradition was to remind the children of the pains of Christ on the cross. However, it is important to note that this is not practiced anymore!! These days the barrel is filled with candy and the children, all dressed up, shivering from cold, compete to become either “Queen of the Cats” or “King of the Cats” by breaking the barrel – who is who depends on which practices are followed. To avoid any fighting, the candy is just divided up equally among the children.

In addition to the breaking of the barrel, costumed children go rattling “raslen” as a form of trick-or-treat. They sing songs door-to-door and beg for candy, buns or money. And if they don’t get what they want, there will be trouble! 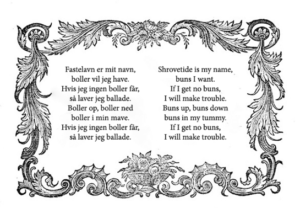 The best part of Fastelavn, at least for me, is the “Fastelavnsboller”. Have you seen these sweet choux buns with thick cream in the middle in the bakeries? They are delicious! They come in a variety of flavors and they are usually for sale throughout the month of February.

So make sure to grab a Fastelavnsbolle for yourself before the season is up! 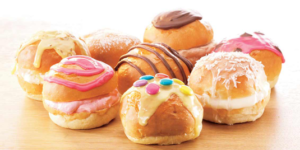